The airline industry and its #career paths are very cyclical. When I left military service in 2006, airline pilot job openings were few and far between. That situation has changed dramatically, especially since 2010. Hiring practices at airlines historically cycle between boom and bust. In fact, you might hear lots of press about the airlines and impending layoffs. But this time the cycle will be different. Almost half of the entire U.S. airline pilot population is about to retire. Airlines can’t afford to stop hiring for long. Two major airlines failed in early 2020 because they ran out of pilots.

As air travel has grown, enrollments for new student pilots haven’t kept up with demand. In the years since 2010, airlines have flown 30% more passengers and miles overall, but student pilot enrollments have declined by 5%. With thousands of pilots retiring from the industry each year, this translates into a widening pilot shortage. The shortage is so acute that the Covid-19 crisis won’t affect it. 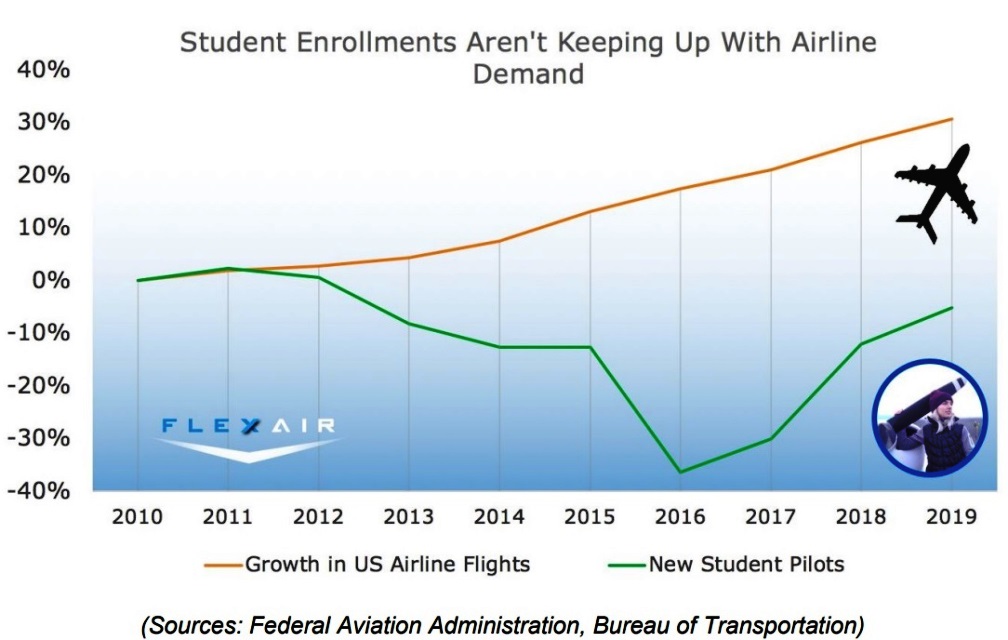 You might hear doom and gloom about the aviation industry, but this will be short-term. Following your aviation career dreams is a long-term goal, and the opportunities for student pilots starting training in the next 10 years will be better than ever before in the history of aviation. The numbers don’t lie. Nothing will stop the flow of time, and airline retirements will accelerate. Nothing can fill the widening gap between enrollments and airline demand except for motivated students. Who will step forward? Will you help us create the next generation of aviators?

back to home previous article next article